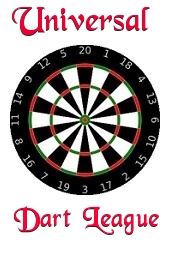 Each player nominates three horses each week as their “Darts” in hopes of hitting the pre-designated “Target” (horse can be from any URC supporting stable).  Only races on Saturday or Sundays are eligible for this competition. Any track and race condition may be entered. NO HOT RACES!!! Race must have 8 horses entered total!!!

Horses must be nominated under the weekly thread that will be posted. Each week is a "inning" starting with 1 ending in 9.

Rules of play: This game is similar to the actual game of baseball. Players try to score as many points as possible per inning in order to win.

Players shoot three darts per turn (your entered horses). The board is broken into pieces called innings. Each one of these innings is broken into three scoring sections.

The first section is the largest, and covers all of the uncolored area between the cork and the red ring. This area is worth one point if your horse finishes third. In the image below, it is highlighted (roughly) in yellow.

The second scoring area is the red ring, worth two points (horse finishing 2nd). Oddly enough, this area is referred to as "the red". The final scoring area, known as "the trips", is the thin uncolored outer ring.

Darts landing in this area score three points each.

Scoring Example #1:
The group of darts below was thrown at inning number Eight. The scoring would be:

Total for the inning - Five points.

Scoring Example #2:
The group of darts below were thrown at inning number Two.

The scoring for that group would be: